In 1661 Thomas Dove enclosed a small piece of ground (on the site of what is now the roundabout by the Coop, where John Street now meets Whitley Road) to be a burial ground for his family and friends who were Quakers. This was in use until 1818. In 1819, the burial ground was enclosed by a high wall. In 1872 the Corporation of Tynemouth decided to extend John Street and join it to Whitley Lane – now Whitley Road – over the Marden Burn, which meant that the old Quaker burial ground had to be moved. 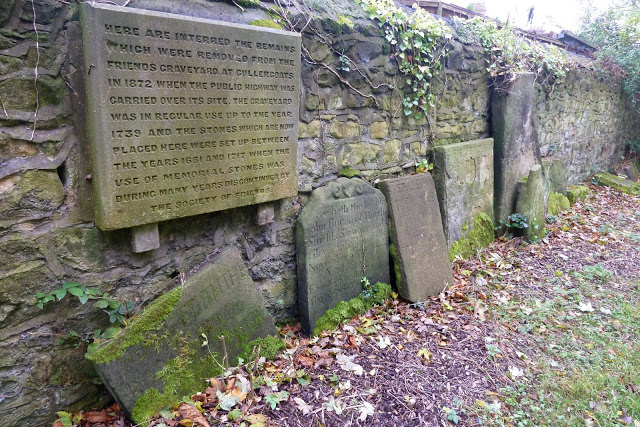 All the bones and headstones were removed to Preston Cemetery, where they can be seen today. The names recorded were: THOMAS AIREY and a son ROBERT CURRY and a daughter HANNAH DOVE, wife of John Dove, then of Robert Selby of Durham FRANCES daughter of Thomas Dove JOHN WILLOBY ELLENOR DOVE ELINER DOVE DORATHA FROST MARGARET HADDOCK MARTHA HASLEM, wife of LAWRANCE HASLEM JOHN BUSTON.