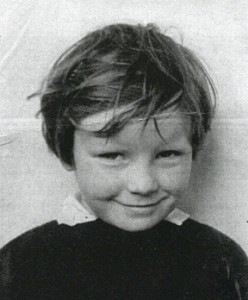 I went to the school between 1956 and 1963. I remember Miss Smith and Mr Black. Miss Smith was a memorable teacher, with iron grey hair done in a plait wrapped round her head She used to administer the strap to the older children (the Junior School). She use to tell the children in her class to hide their eyes! I remember watching her do it, never thinking I would be on the receiving end myself one day. A minor misdemeanour only!

Mr Black, he had a good aim with chalk for the girls and blackboard rubbers for the boys! If you misbehaved you’d have them thrown at you or feel it whistling past your ear.

I remember having to cross the road to the canteen for school dinners! I once ate 17 prunes with custard. I loved the puddings! I think the dinners cost two-and-six per week.

Drinking warm milk though a straw.

Summer playground activities included jacks, two-baller, British Bulldog, and skipping. In the winter, we usually saw who could make the longest slide from the toilet block (shelter) at the top.

Mr Tittley was head when I was there. He was fascinated with the history of salt smuggling in Cullercoats. He left and became a lay-preacher at St Paul’s and greeted me by name in 1984 as I took my second child to her nursery Christmas Party. He was playing Santa Claus. The children were amazed that Santa knew my name (it must have been 21 years since I had last seen him).

We use to play ‘two baller’ in the classroom – bouncing two balls against the wall.

I went to Rockcliffe between 1962 and 1968. I remember going across the road to the canteen and going outside to the toilet blocks. Mrs Storey was the dinner lady. Mr Tittley was the headmaster. He knew every pupil and always spoke to you, even many years after leaving the school.

I was appointed milk monitor, which involved going into all the classrooms and distributing small bottles of fresh milk to every pupil.

Every Monday morning you had to bring your dinner money into school which was recorded in the register.

We all gathered in the hall in the morning for assembly.

I was born in 1941 and went to Rockcliffe School in 1945. I remember taking part in Maypole Dancing in the school yard for May Day and having to walk to the new dining hall which was built across the road at the rear of the school.

I took part in the Inter-School Festival at the City hall in Newcastle (a great adventure as we had to travel by train!). We actually won the competition and the school was presented with a lovely blue banner which hung very proudly in the school hall. We had to recite the poem ‘Trains’, I think By Robert Louis Stevenson? It may have been called The Livingstone Festival of Schools but I’m not sure as I was about ten years old.

I also remember having to walk to school when there was a terrible Winter (I think 1947). No wagging off school! Whatever the weather, you had to attend.

I liked school, but the board man would pay your mam and dad a visit if you skived off. At school, I remember that the girls’ toilet were beside the caretakers and were pulled down for air raid shelters. I remember the school closing for a while when this was done. During raids, we used to sing songs in the shelters. We used to have our gas masks in a little brown box.

During the War, I remember the big bomb that fell on John Street, it was a Saturday night. I think the church got bombed.

The school adopted a warship – HMS Cowslip – and we wrote letters to the sailors.

I used to go to school on my roller skates – this was not very good as there were tramlines on Whitley Road but there was very little traffic then. At school, there were no school meals. School closed at 12 then I used to go home for dinner. I was downstairs until I was 7 or 8, then I went upstairs. In those days, you had the same teacher all day. I sat my 11+ here and just failed but still went to Monkseaton Grammar School.

I remember the big double gates. I won a prize for knitting (it was a wild animal book) and we had a raffle – the prize was a wooden army tank!

We used to have a nature table and used to go out to find leaves and things like that. I also remember the singing and poetry lessons and I can still recite those poems to this day.

We went to John Street School first then came to Rockcliffe in 1942 and had tokens for dinner. They were different colours – yellow for pudding. The dinners were served in tureens and a monitor sat at the head of the table. He or she served the food out.

There was a green hut in the girls’ yard that was the dentist who would rub cocaine on your gums to numb them. But by the time he came back to do the work, it had worn off so this time I ran and never came back.

The pipes in the girls’ toilets use to burst in the winter and the water used to make the yard into a skating rink.

One year we were told the Americans had sent some drinking chocolate and we had to bring in a 2lb jar to have it filled. You couldn’t get anything like that in war time.

One day we were asked to bring our pets in. It was chaos!

I worked at the school in the 1970s and 1980s. When the schools went on strike in the 1970s, the caretaker had to lock the gates but as workers we had to come down twice a week to confirm we were still available for work. Two of us who lived nearby came along to vouch for the five of us.

I have an embroidered case I made when I was seven years old with Miss Bell in the first classroom. I still keep my important documents in it.