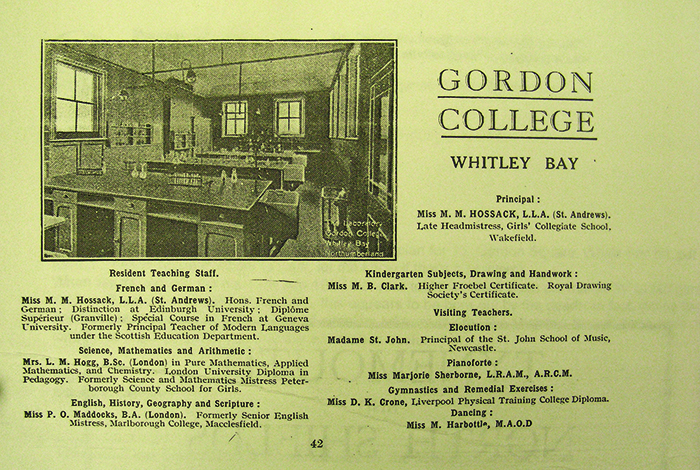 The large houses in Gordon Square would have had ‘live-in staff’ (maids, cook etc). They belonged to professional people and business owners.

In the mid-1890s, Miss Eleanor Alice Rimmington moved her private school, to Gordon Square. Gordon College, had large, airy classrooms which were purpose built to accommodate large numbers of children. The school’s own literature stated ‘The teachers are pleasant but very strict and teach a complete syllabus, ranging from Maths and English, to foreign languages, with the aid of overseas visiting mistresses.’ During WW2, the council requisitioned the school to house blitzed families. It was still occupied by homeless families in 1947. In 1979 it became Gordon House (Anchor) sheltered housing scheme.

One of the College’s students was Dorothy Brant, who helped to bring women into the Conservative Party’s constituency organisations after the Suffragettes had won them the right to vote. Read about Dorothy here.

Click the thumbnail below to see the Gordon Square gallery.